I’ve built a new container for my content over on another page.  Please join me over at bethblakesley.com.

Trees and flowers, and abstract paintings.  Really abstract.  That’s what I had been doing.  But now that I feel comfortable with making faces, I can’t stop.  For this spring’s “Be Squared” challenge show at The Fourth Wall Gallery in Lewiston, I decided to do all faces.  Here they all are. 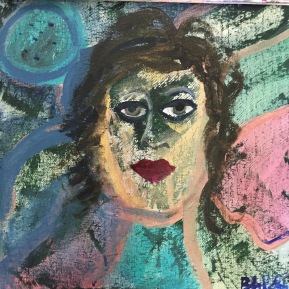 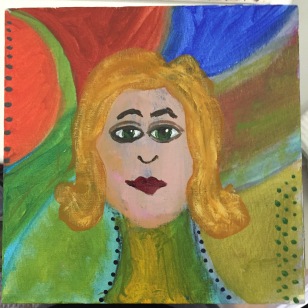 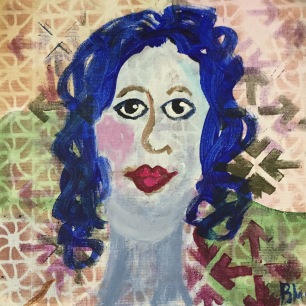 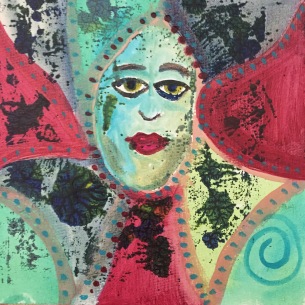 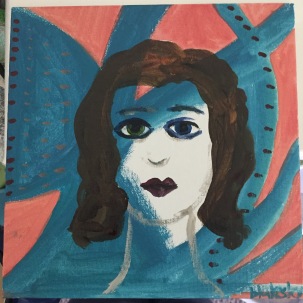 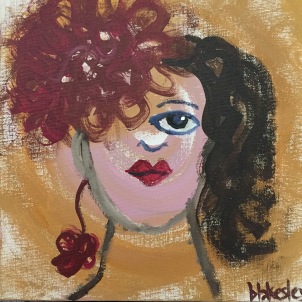 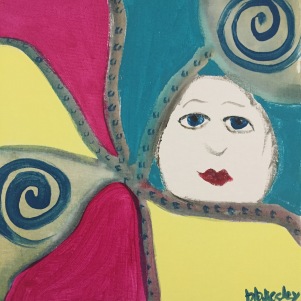 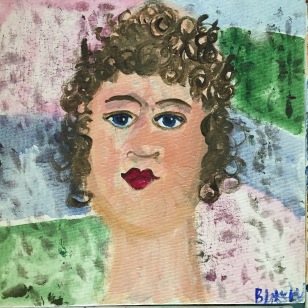 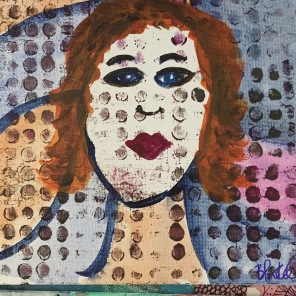 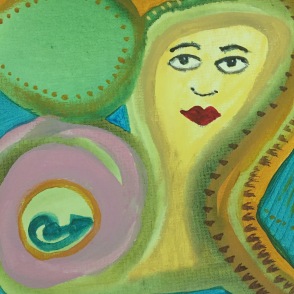 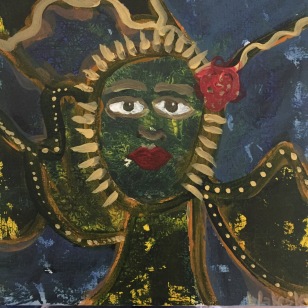 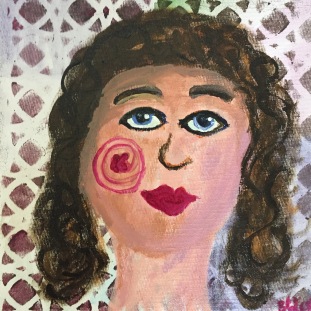 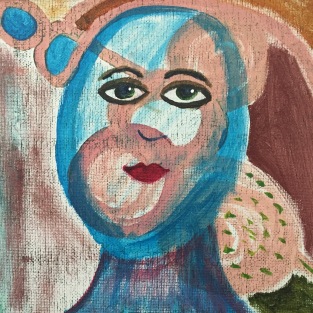 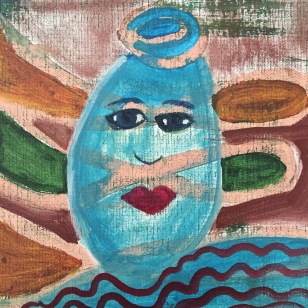 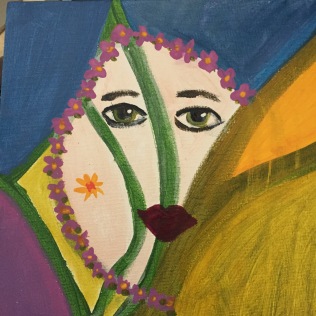 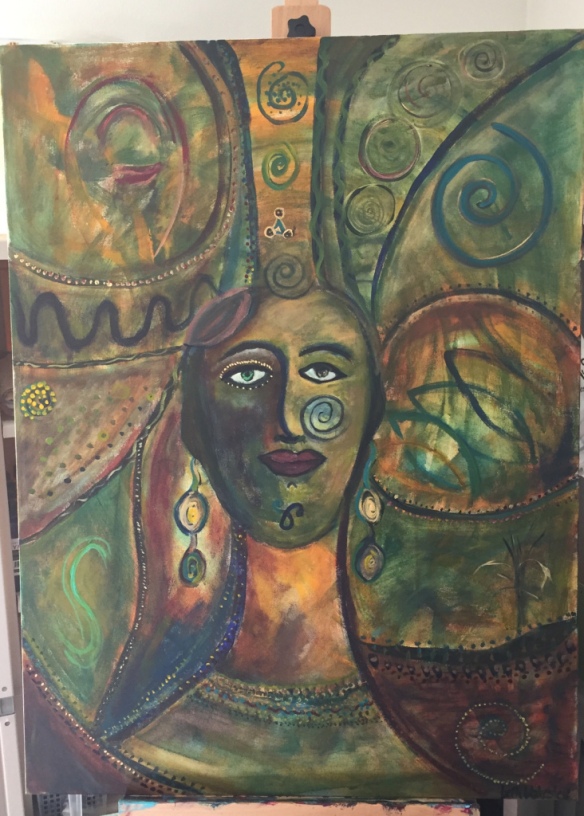 In January of this year, I became officially involved in the Intentional Creativity movement (see colorofwomanschool.com) as a Teacher-in-Training. I have already had many amazing experiences, made deep connections with several others, and painted in ways I never imagined myself painting. This is a painting I worked on during the in-person workshop in California in March; she is my muse.

Forgive the angles; photos taken while on wall or easel.  Above is the final version and below is where she was at the end of the time in March before I had to leave her behind to be mailed home to me.   That was harder than I had imagined it would be. 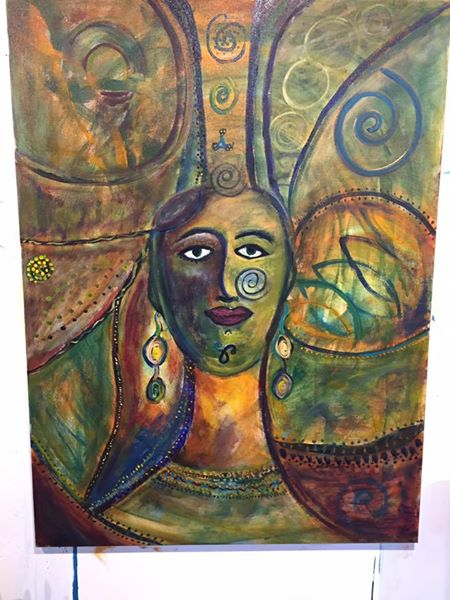 Work in progress.  Still many layers to go (I think).  Have been feeling more realistic lately … 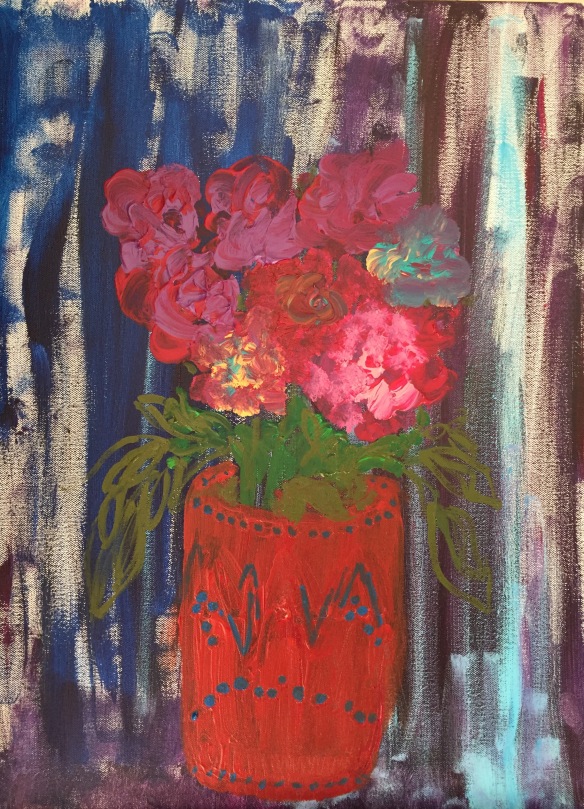 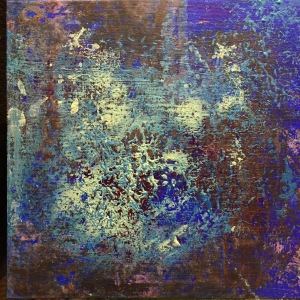 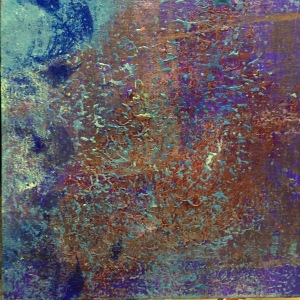 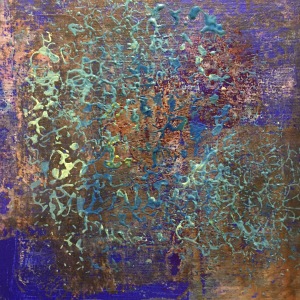 — three of fifteen new 8″x8″ canvases that will be available on First Friday (June 3) at The Fourth Wall in Lewiston.

I’m pleased to be the featured artist for January at the Fourth Wall Gallery in Lewiston.  This is one of my newer pieces from this past fall that is hanging now.  Our delayed First Friday this month is January 8th. 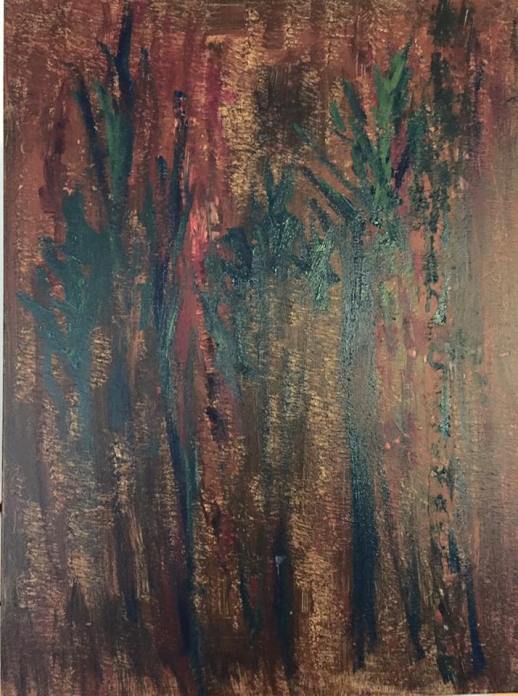 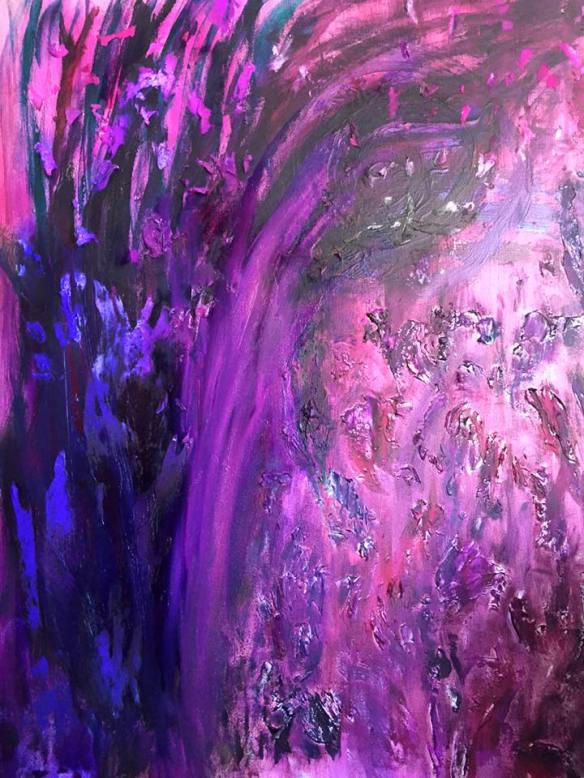 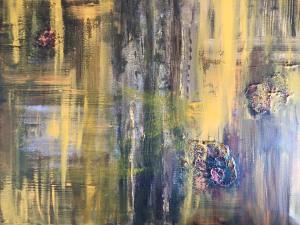 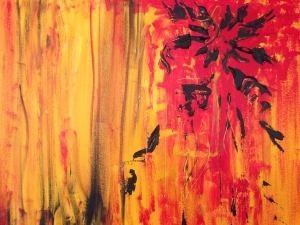 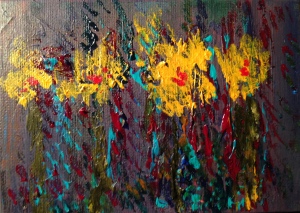